Sean is Director of Sales and Marketing at Lattix.

Conceptual errors (specifications, design, and testing) are much more damaging than syntax errors. C.A.R Hoare, the inventor of the quicksort algorithm, stated in the talk The Emperor’s Old Clothes, “there are two ways of constructing a software design: one way is to make it so simple that there are obviously no deficiencies, and the other is to make it so complicated that there are not obvious deficiencies.” Steve McConnell in Code Complete states that software’s primary technical imperative is to manage complexity. When software projects fail for technical reasons, one reason is often uncontrolled complexity (i.e. things are so complex that no one really knows what is going on). Edsger Dijkstra pointed out that no one’s skull can contain a whole program at once; we should try to organize our programs in such a way that we can safely focus on one part at a time.

Brooks paints a pessimistic picture of the future stating there is no “silver bullet” in either technology or management technique that promises even an order of magnitude improvement in productivity, reliability, or simplicity. While there is no silver bullet, there are things that can be done to reduce complexity.

How to Reduce Complexity

When designs are inefficient and complicated they can be broken down into three categories:

As stated above, the most important technical goal is managing complexity. In terms of software architecture, complexity can be reduced by dividing a system into a series of subsystems. The goal is to break a complicated problem into simpler, easier to manage pieces. The less subsystems are dependent on each other the safer it is to focus on one area of complexity at a time. McConnell gives 14 recommendations on how to conquer complexity:

The importance of managing complexity can be seen when we start looking at other people’s source code. Depending on the complexity of the software, this can be a daunting task. As stated in Code for the Maintainer, “always code and comment in such a way that if someone a few notches junior picks up the code, they will take pleasure in reading and learning from it.” Lattix Architect has helped hundreds of companies reduce the complexity of their source code by visualizing, optimizing, and controlling their software architecture. 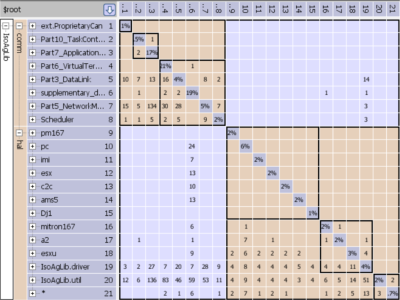 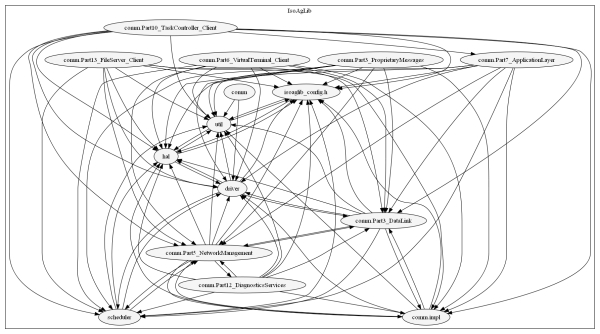 Why Cyclic Dependencies are a Problem 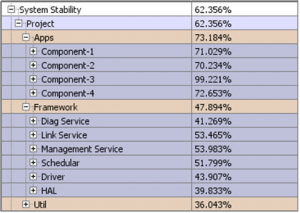 The Importance of Measuring Your Software Architectural Health

How to Understand Function Pointers in Legacy Code

CodeClinic wins an Embedded Award for Traci, a Traceability Solution

CodeClinic, a provider of innovative solutions for software organizations in safety-critical embedded systems, received the Embedded World Award 2022 in the Safety & Security Category for Traci. This tracing solution is a traceability matrix used to identify gaps in the design and verification of requirements as required by standards such as ISO 26262, DO-178 B/C, IEC 62304, IEC 61508, and more. With Traci, functional safety teams can eliminate the manual error-prone process of conducting tracing analysis.

Out of the box, Android Studio provides one module: the app module. Because of this, most developers write their entire application in this one module. This is fine for small teams and small applications. But, as an application grows, more team members are added and the application becomes more complex, build times can increase – with Gradle builds sometimes taking up to 10-15 minutes – and developer productivity goes down.

One way to solve this problem for complex android applications is to modularize. Modularization means to divide a program into separate sub-programs (or modules) based on features. Each feature will be its own module.

Some advantages of modularization are:

How do we split up a monolithic application into modules?

For business critical applications, discarding the current application and rewriting it from scratch is not an option. Therefore, the only option for critical apps is an iterative approach where you figure out the features that can be separated from the main application and do it in an orderly sequence with the ultimate goal being a set of feature modules.

The key to splitting up a monolithic application into modules is understanding the dependencies between features. This is the software’s architecture. Knowing this will allow you to make decisions on which modules can be split apart and how much work that will entail.

There are many benefits to modularizing (refactoring) your Android application: improved maintenance, improved quality, faster builds, and improved developer efficiency. Modularizing your architecture does not have to be a risky, error prone process that requires a massive rewriting the entire application. Instead, it can be accomplished in an orderly and incremental way that minimizes risk while bringing the benefits of modularization.

Lattix lets you see what your software architecture looks like today (“as-is”) and what you can do to modularize it. To see a demo or try our solution for yourself, click here. 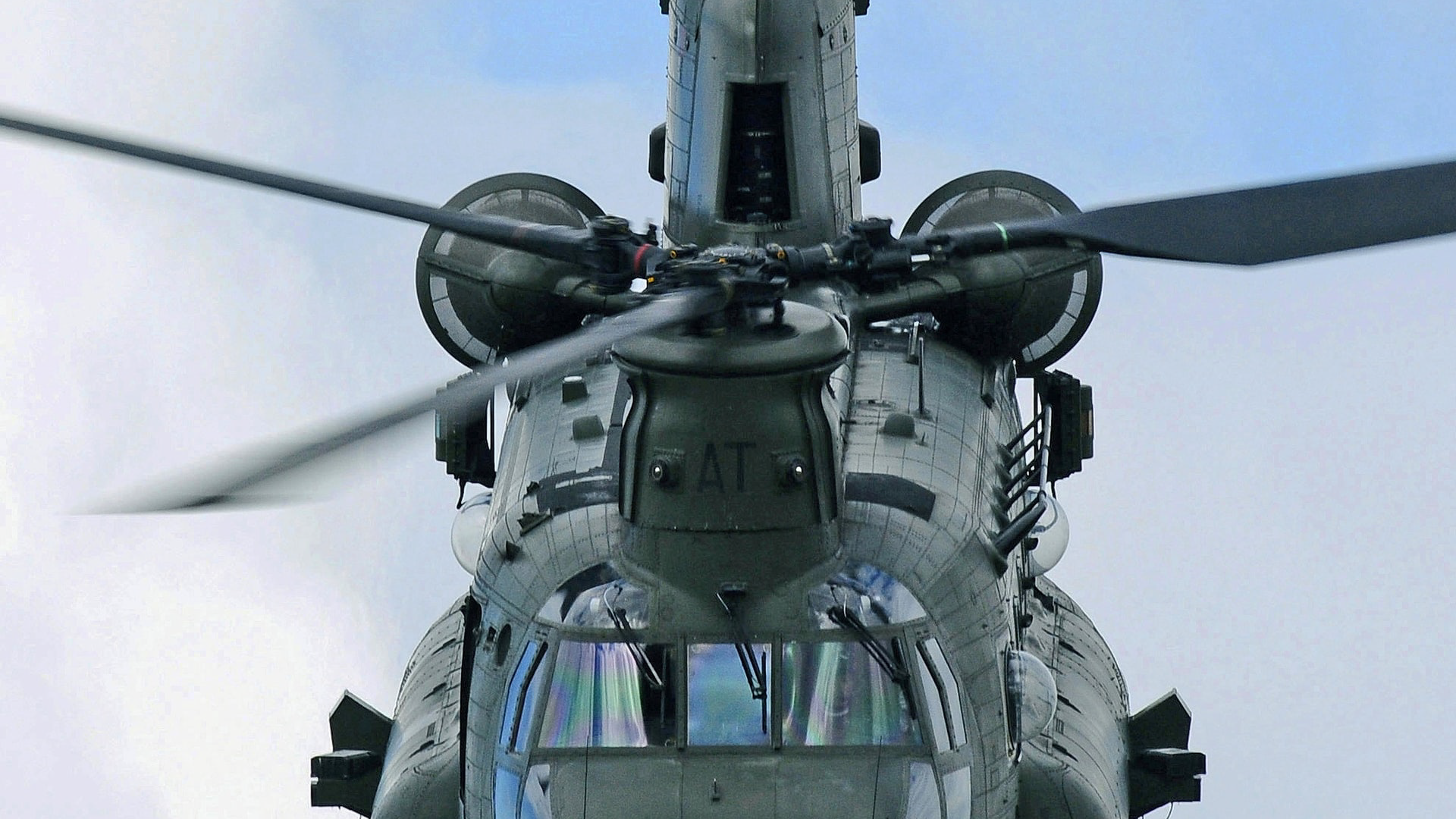 The Aerospace and Defense industry has a large problem with increasing cost and complexity in their projects. This is the result of Aerospace and Defense projects becoming larger and more sophisticated. To solve this problem, the complexity that has been introduced has to be identified, reduced, and managed. This will lower the overall cost and keep projects on schedule.  As an example, Tesla puts a strong emphasis on modularity (reduced complexity) across all their hardware. So during the recent chip shortage, they were able to quickly switch to chips that were available and continue to make and sell cars with minimal disruptions. One technology that can be used to reduce complexity (and increase modularity) is the Dependency Structure Matrix (DSM). 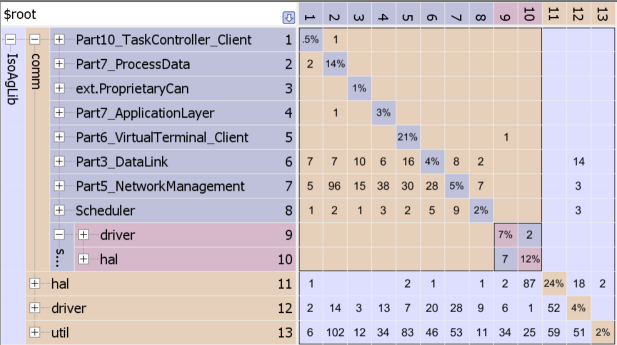